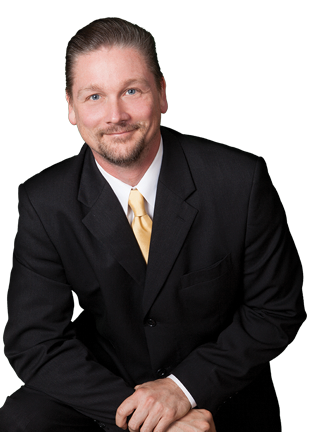 Michael Gaddis, J.D. is the managing broker of Frontier Loan Group, Inc. He was born in Sioux City, Iowa but grew up in Kansas City, Missouri. He attended The University of Missouri-Columbia where he was a member of the Lambda Chi Alpha Fraternity from 1988-1991 before transferring to the University of Missouri in Kansas City where he graduated with a B.A. in History.

In 1994, Michael Gaddis, J.D. entered the University of Missouri-Kansas City Law School. After obtaining his law degree in 1997, Michael took a position in the legal department of Teletrac, Inc. He moved to California in January of 1999 when the corporate headquarters of Teletrac, Inc. relocated from Kansas City, MO to Carlsbad, CA.

Michael Gaddis, J.D. is married to his wife, Alina, and has two children, Aiden, age 10, and Allison, age 7. He also has two dogs, a female English Bulldog named Sugar and a male English Bulldog/Black Labrador mix named Oreo. He J.D. enjoys traveling, reading, deep-sea fishing and writing. He is currently licensed to practice law in the states of California, Missouri and Kansas.

Watch our video and learn more below