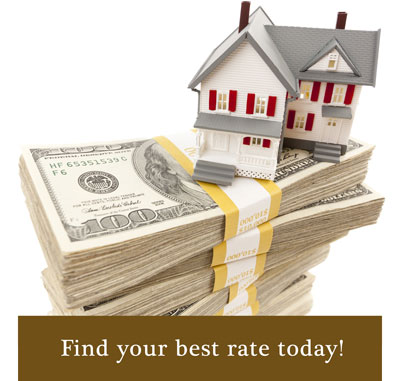 Most homeowners refinance their homes to either 1) reduce their interest rate and payments; 2) consolidate debt into one manageable payment; 3) to take cash out for home improvements; or 4) to take cash out for personal reasons.  Refinancing is the process of finding a new lender to pay off the existing debt under new terms and conditions.

Refinancing can greatly reduce the monthly payments that a homeowner is paying.  By acquiring a lower interest rate AND amortizing the remaining principal balance over a new 30 year period, the homeowner’s payment can be greatly reduced.

Consolidate Debt into One Manageable Payment

Sometimes consolidating debt into one debt can provide a homeowner with a massive monthly savings.  Home loans are typically amortized over 30 years and typically have very low interest rates compared to other forms of debt such as car loans, student loans, credit card debt, etc.  By consolidating the debt homeowners can put all of their debt into one loan amount and obtain a much lower overall interest rate for the debt.  By amortizing the new principal balance over 30 years the homeowner’s resulting payment will be considerably lower than the combined monthly payments of all of the debt prior to consolidation.  The additional advantage is that the interest from a home loan is tax deductible whereas the interest from the other forms of debt is not.  Consolidating debt into one monthly payment not only lowered the overall monthly financial obligation of the homeowner, but also provided the homeowner with a tax advantage.

Cash Out For Home Improvements

Sometimes homeowners need or want to make repairs and/or improvements to the home.  One of the best ways to obtain the money to perform these home improvements is to refinance the home and pull the cash out from the equity of the home itself.

Cash out for Personal Reasons

Other reasons might exist as to why a homeowner might want to pull out cash from the equity of the home.  Maybe a homeowner wants to invest in a business, lend money to a family member or take a cruise around the world.  Homeowners should be cautious about the reasons for taking money from the equity of their home.  Obtaining refinancing to pull cash out for personal reasons could be more challenging to obtain than other forms of refinance.  Lenders might scrutinize the proposed use of the cash and/or only agree to lend if the post refinance LTV is extremely low.

Adjustable Rate Mortgages (“ARM”) are loans that have fixed interest rate for a period of years.  After the expiration of the fixed interest rate period the interest rate starts to adjust according to terms of the note.  The interest rate adjustment is calculated by taking a set margin and adding it to a fluid index.  The margin is the amount of interest that will be added to the applicable index on the date of adjustment.  The margin is set forth in the Adjustable Rate Rider of the note.  Most homeowners do not pay attention to margins when they are getting an ARM.  However, they should.  Homeowners pay more attention to the initial interest rate than how the rate will adjust at the expiration of the fixed period.  Although homeowners might be able to negotiate a better margin, homeowners cannot control the index.  For example in June of 2006, the 1 year LIBOR index was 5.69.  In August of 2015 the 1 year LIBOR was 0.84.  So if a homeowner had a 2.25 margin and the loan would have adjusted in June of 2006 the homeowner’s new interest rate would have been 7.94%.  If that same homeowner would have adjusted in August of 2015 the homeowner’s new interest rate would have been 3.09%.  Due to the fact that the indexes have dropped and remained low for the past 6-7 years many of the homeowners that have ARM loans have had interest significantly lower than a 30 year fixed interest rate.

Even when 30 year interest rates were fluctuating around the historically low 3.5% range many homeowners with ARM loans decided to “gamble” and not secure the 3.5% interest rates hoping that their current ARM interest rate would continue to remain low.  As the indexes have begun to rise again, and many economists believe that they will continue to rise, many of these homeowners overplayed their hands and can no longer obtain the historically low rate.  What does all of this mean?  This means that if you are a homeowner and currently have an ARM that is adjusting, you might want to consider refinancing into a 30 year fixed interest rate before the various indexes used by lenders in their calculations rise to a level that you will regret.  Although it is doubtful that the 3.5% 30 year fixed interest rate will be back any time soon, Homeowners can still refinance into historically low interest rates.  Now is the time.